“When a man made law is in conflict with God’s law, there is no compromise – we choose one way or the other. Choose you this day whom you will serve, as for me and my house, we will serve the Lord.” – William Hanby 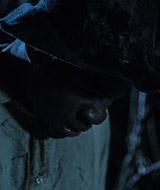 It’s been estimated that the number of runaway slaves that escaped to Canada through Ohio is around 40,000. “The Light of Freedom” follows several runaway slaves as they attempt to reach their freedom in the North. However, just crossing the border of Ohio (a free state) was not enough due to the presence of bounty hunters. 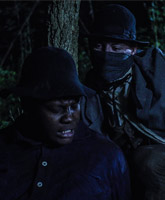 The Fugitive Slave Act of 1850 required any runaway slave, in any state (including free states), to be returned to their masters.  It also allowed bounty hunters to enter free states like Ohio to capture runaways and return them to the local authorities or their masters for rewards. Bounty hunters often used dogs to sniff out the paths of runaways escaping in the woods.

Not a train or located underground, the “Underground Railroad” was a series of secret “Stations” that runaways could use to find safety, food and water along their path to freedom. Conductors would lead runaways to the stations and station masters, such as Bishop William Hanby, would prepare them for their journey to the next station. This was illegal and those who participated in such events risked imprisonment.