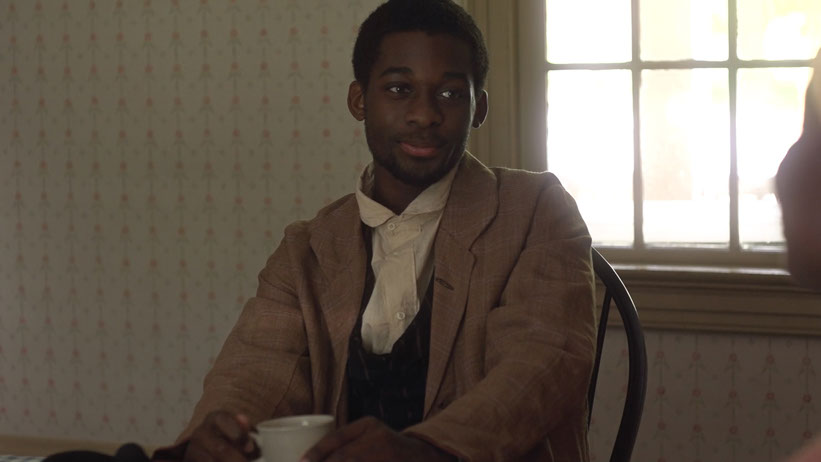 “I had fainted, unless I had believed to see the goodness of the Lord in the land of the living.” Psalm 27:13

As I look at what is happening in our nation today, this scripture resounds with the Truth of God’s goodness to all mankind. Also, as I reflect about the movie, “The Light of Freedom”, which I wrote, produced, and directed about the cruelty of racism and slavery in connection with the Civil War and the Underground Railroad; I see today the message of Psalm 27:13 can still be applied in the stand for freedom.

The position I had in writing the movie, “The Light of Freedom” is that slavery, racism, and prejudice is not only defined within the extremist categories that still exists today within hate groups and radicals, but it is also defined within hidden agendas, philosophies, mindsets, and standards. It knows no boundaries but it’s own. It rises nation against nation. It’s rooted in ignorance, dominance, pride, supremacy, hatred, wrong motive, and clearly ungodly character and thinking; and can be found in a simple thought fueled by elitism that must be identified. James 3:15 says,

“This wisdom descendeth not from above, but is earthly, sensual, devilish.”

Through this movie, I wanted to show the faith of the runaway, the atrocities of domination, and the uncompromising boldness of those who had the courage to leave the oppressor. I also wanted to show the faith and courage of those who believed enough to reach out beyond white dominant elitism; those who refused to close off their lives, their hearts, and their homes to their current problems and challenges against mankind. Receiving the runaway’s faith and courage was connected to receiving them personally while realizing that being white you could never truly relate to what they had been through. Compassion goes beyond relating. It is doing what’s right in the eyes of the Lord, who is Compassion and defines compassion as He works His compassion through you, as individuals, to others.

All this struggle was not only within our nation during the Civil War but has always been worldwide, and still is worldwide today. The Word of God makes it clear that we are to go into all the world with the Truth of His Freedom. It is only Jesus Himself that heals the heart of the hurting, as we reach the world with His message and make an uncompromised stand as Bishop Hanby did in partnership with the runaways’ uncompromised stand to leave the atrocity of slavery. Freedom has been a foundational position throughout American history.

No one should be dominated based on culture, ethnicity, and color. Nations and tribal hatreds, wars, and slave trading, elitism, and judgement have always been roots of racist and prejudice actions. Mankind’s fall into sin created Cain killing Abel because of Cain’s fueled hatred and prejudice.There are people of all color; men, women, and children, remaining enslaved and dominated today through this very same philosophy and action, whether it is subtle or extreme. America is not excluded. Jesus has come to give us life more abundantly in our “pursuit of happiness.”

As for our history in America, it took a Civil War to fight for the freedom and release of slaves in this country shouting ‘all men are created equal’ years after our Constitution penned it. Today and through the years we still resound truth against prejudice and racism, reminded it’s always been fought for, even after our Civil War. These philosophies have put down mankind throughout history. Even current day racism and prejudice have been challenged and needs to continue to be challenged. America has fought in wars for world freedom including the cruelty of antisemitism and the rise against the Jewish nation. America was established by people who wanted freedom and fought for it. America’s greatness IS her freedom for all.

It took people who had the courage to run from the oppressor. These oppressors even stood in their philosophy that it was in the name of God and country. It took people to partner with those runaways who would run the Underground Railroad, becoming extreme against the extreme abuses of slavery. Harriet Tumbman did both. She knew the depths of being enslaved, the courage to run, and had the compassion to run an Underground Railroad in spite of it all.

Many were those who stood against the mainstream and the law that had been set unconstitutionally in our nation to not help and abet a slave. Bishop William Hanby was one of these men not because of his white supreme status but because of his conviction to the Lord.

The Civil War is history in our nation that is rooted in the courageous tenacity of people who fought for what they believed; including those who were enslaved. It was established and fought on the conviction that “all men are created equal”. It was also about people who had to be extreme in upholding this conviction and belief to the highest degree. This nation was built on the constitutional principles that declare this and there was a Civil War to uphold it.

As Christians of course, we would want extreme faith and extreme commitment. The positive definition of the word extreme as defined means; reaching a high or highest degree, very great. We must embrace extreme compassion for all humanity. As in the time of the Underground Railroad extreme conviction was necessary. Extreme faith was necessary and all three still are today.

Extreme measures took place between the North and the South for the lives of the enslaved. President Abraham Lincoln didn’t stay with the radical traditions of racism, prejudice, or slavery, he found a way to overcome it with a nation behind him. He made an extreme move for the freedom of others. He had to be motivated by extreme compassion to wage a war within our borders. He had to see beyond color and look into mankind. The voice of the people still resounds in the blood that was shed for freedom.

As I wrote the script for our faith-based film “The Light of Freedom”, (the link to the trailer is below), it was also meant to uphold the conviction that we must and have to go beyond men’s vain philosophy and government and magnify and focus on Him who is Supreme. It was written to unite voices of faith that would resound together in all nations and tribes. Uniting us with deep conviction of truth and in every area we hold dear in our hearts for freedom for all mankind. This freedom is established through Jesus Christ and in the word of God. As the film opens with Bishop Hanby’s historical speech, it was written into the script from the beginning for the purpose to be a declaration and witness that we together of all color, all nations, all mankind, in every area worldwide, would be refreshed by this conviction, which states;

“We may be bound by a man-made law, but we are more bound by a Lord given conscious. The Fugitive Slave Law of 1850 is inhumane. It is absurd that giving shelter to a friendless man, woman or child is a crime. I have made my voice known and shown my scorn for injustice and I will continue to stand against any law that makes it a felony to give food to a hungry slave or befriend precious men, women and children who deserve freedom… When a man-made law is in conflict with God’s law there is no compromise. We choose one way or the other. It says in Joshua 24:15, “Choose you this day whom you shall serve. As for me and my house, we shall serve the Lord.”

the light of freedom

Faith: Learn How to Embrace the Peace of Believing

Witness of the Word